A vigil was held downtown on Saturday, July 23 in observance of the one-month mark since the overturning of Roe V. Wade. 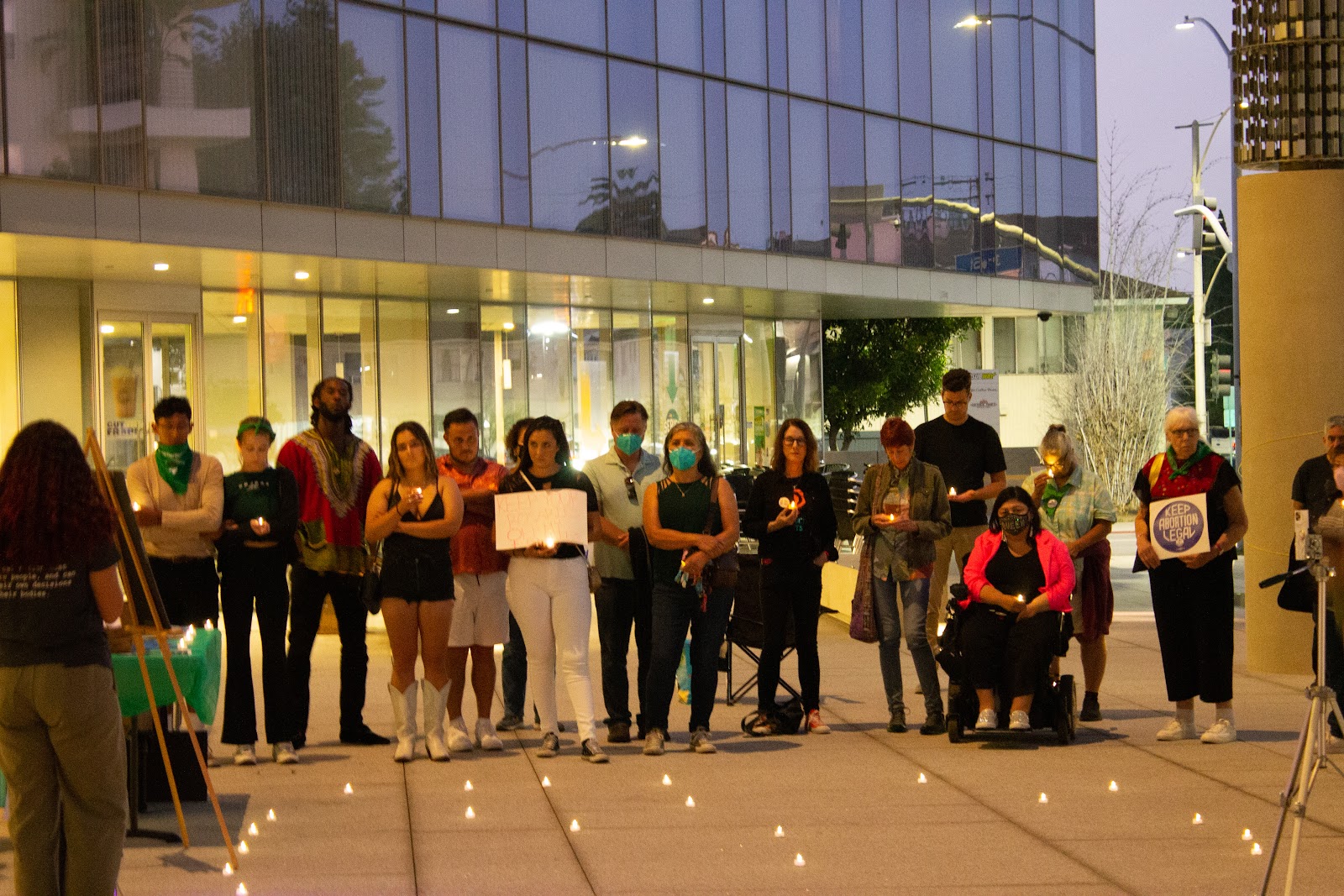 Community members met outside of Governor George Deukmejian Courthouse to listen to speakers, write postcards to the president urging him to fight for reproductive rights, and contribute to a mural by artist Gregory Navarro Pickens.

The vigil was hosted by LB/OC Women Rising and Long Beach Resister Sisters. The two groups brought the community together to show solidarity with those who have been deeply impacted by the reversal of Roe V. Wade.

Those who spoke at the vigil brought attention to how the decision to overturn Roe V. Wade is affecting those in conservative states and how the country is seeing a return to a time when those seeking abortions struggled to find access to care. 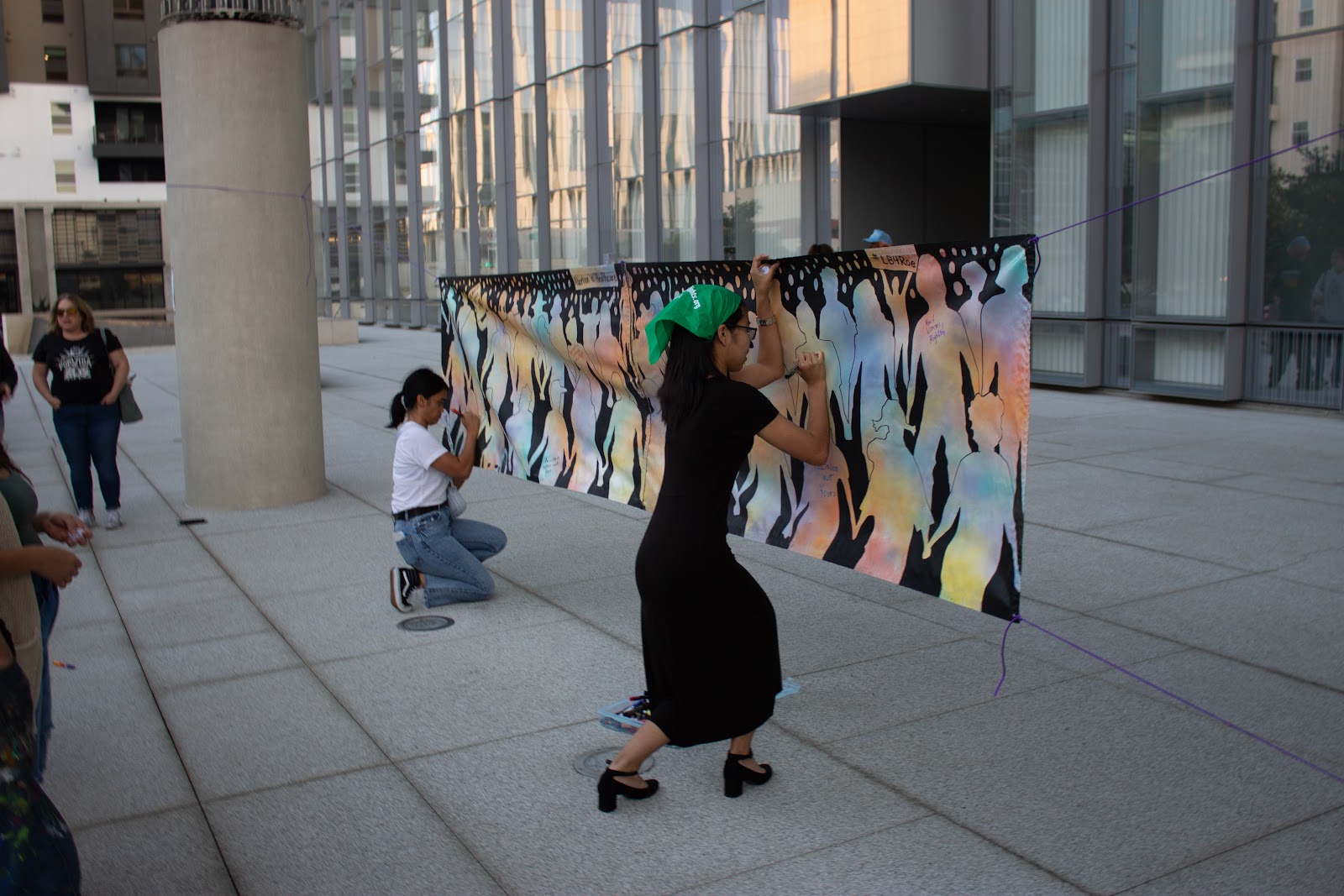 Activist Naida Tushnet spoke about two of her former students, one who had access to abortion and one who did not. Tushnet said the student who was able to obtain an abortion went on to finish college and become a social worker while the other student struggled throughout life.

“Both wonderful young women, both pregnant, one not able to find a way to get an abortion. The difference in their lives shows the importance of the opportunity to choose and choose freely,” said Tushnet. 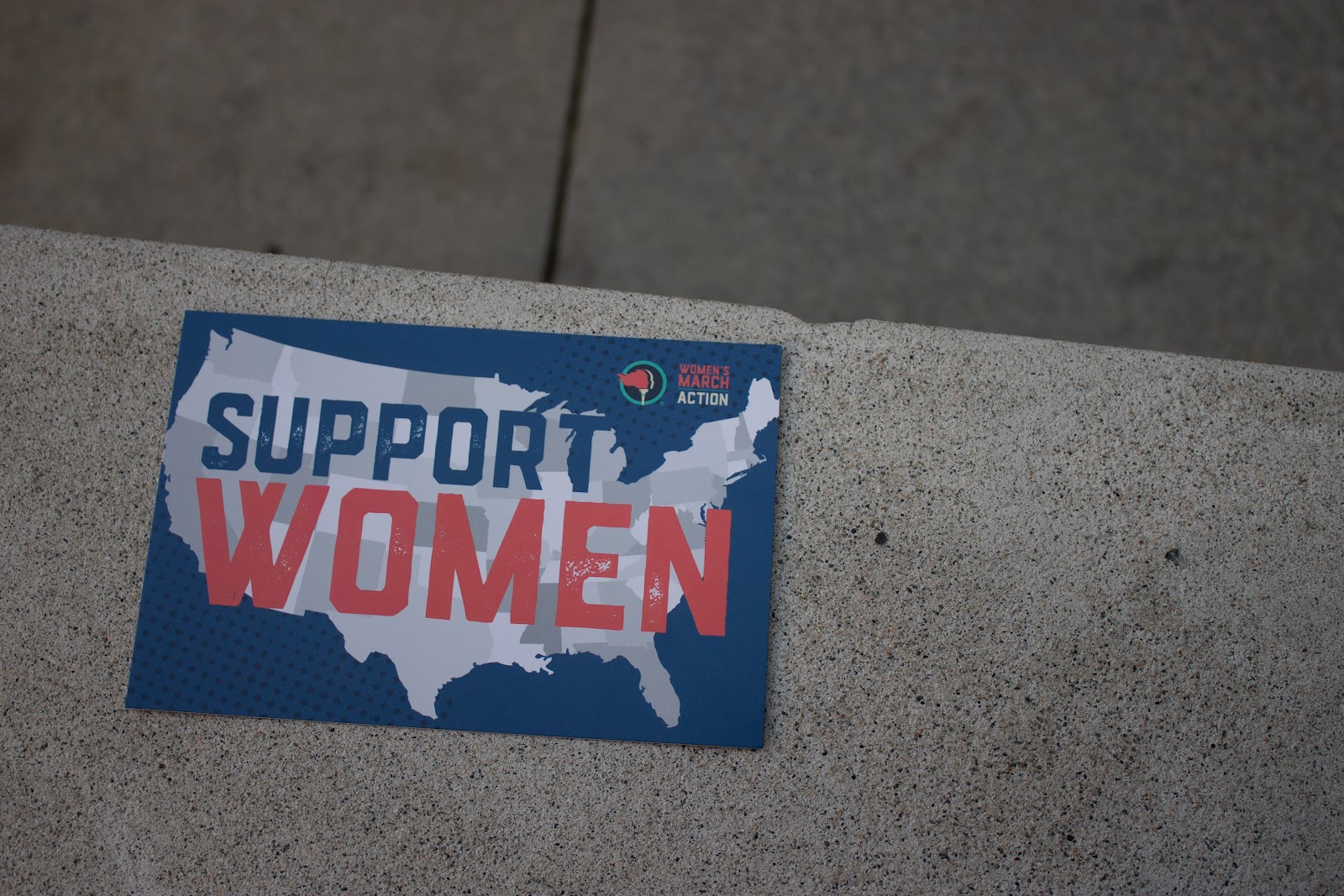 Speakers talked about how many politicians are reaching beyond restricting access to abortion citing the recent bills that have been passed by Congress.

“The right to contraception was voted down by nearly every single republican in congress. They do not believe that you have a right to reproductive healthcare. The right to marriage equality was voted against by many republicans right here in the state of California,” said Stonewall Democratic Club President Alex Mohajer.

Mohajer spoke about what can be done now to protect reproductive rights.

High school sophomore Andy Hollister spoke about how younger generations were not expecting to have the right to abortion taken from them.

“Growing up, my generation and I took for granted the fact that we had the option to choose what to do with our bodies. The overruling of Roe just took us back two generations,” said Hollister.

While abortion access is protected in the state of California, many Californians feel they must continue to fight for access in conservative states where abortion has been either totally banned or severely limited. Protests and vigils like this one will most likely continue unless changes are made at a federal level regarding abortion.

The City of Long Beach joined with nonprofit devel

Are you interested in hands-on experience at an aw

Long Beach Local News has teamed up with @lbanimal

Long Beach is a diverse city and there’s always

In accordance with current legislation, including

The Long Beach Police Department is seeking the pu

The California Dental Association Foundation will

California has launched the CalKIDS program, which